We would like to offer our sincere support to anyone coping with grief. Enter your email below for our complimentary daily grief messages. Messages run for up to one year and you can stop at any time. Your email will not be used for any other purpose.

Share a memory
Obituary & Services
Tribute Wall
Read more about the life story of Neil and share your memory.

Neil Bowen McGahee, age 73, passed away Friday, December 30 at Atrium Health-Navicent in Macon due to complications from pneumonia and congestive heart failure.

Neil never met a stranger and kept in touch with friends from is early years of attending R. E. Lee in Thomaston.  He first developed an interest in photography while attending Georgia Southwestern College.  A 1971 History/Political Science graduate, he was named 2019 Outstanding GSW Alumni.  He also attended Rochester Institute of Technology, Rochester, NY and earned a Master of art/Mass Communication/Visual from Missouri School of Journalism, Columbia.

Neil began his newspaper photography career in the 1970’s at The Bradenton Herald where he met his wife of 42 years.  He had worked for the Minneapolis Star and Tribune, The Tampa Tribune and the Atlanta Journal and Constitution.  He was one of the early photographers to use only a Leica camera. In later years he transitioned to writing and editing for Georgia school publications at Reinhardt College, Kennesaw State University and Georgia Institute of Technology.

He received The Oskar Barnack Prize awarded by Leica Press Photo, considered to be the most prestigious award in journalism, The Robert F. Kennedy Journalism Award, the Nikon World Award and was twice nominated for a Pulitzer Prize; runner-up in 1978.

After retiring twice, Neil continued to photograph and report news locally for the Cartersville Daily Tribune and the Cordele Dispatch. During his leisure time, Neil enjoyed spending time in the outdoors hunting game, or fly-fishing as many rivers and streams as he could. “Eventually all things merge into one, and a river runs through it.”

Neil McGahee is survived by his wife, Sharon McGahee of Pinehurst, Georgia and his son, Zachary McGahee of Cartersville, Georgia.

The family will have a memorial service at 11am Wednesday, January 4th at Christ Episcopal Church in Cordele, Georgia.

Brannen-Nesmith Funeral Home of Vienna has charge of arrangements.

To send flowers to the family or plant a tree in memory of Neil McGahee, please visit our floral store. 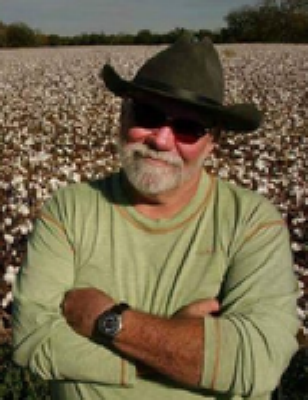 In Loving Memory Of

Look inside to read what others
have shared
Family and friends are coming together online to create a special keepsake. Every memory left on the online obituary will be automatically included in the book.

In Loving Memory Of

Look inside to read what others have shared

Family and friends are coming together online to create a special keepsake. Every memory left on the online obituary will be automatically included in the book.

You can still show your support by sending flowers directly to the family, or by planting a memorial tree in the memory of Neil McGahee
SHARE OBITUARY
© 2023 Brannen-Nesmith Funeral Home. All Rights Reserved. Funeral Home website by CFS & TA | Terms of Use | Privacy Policy | Accessibility